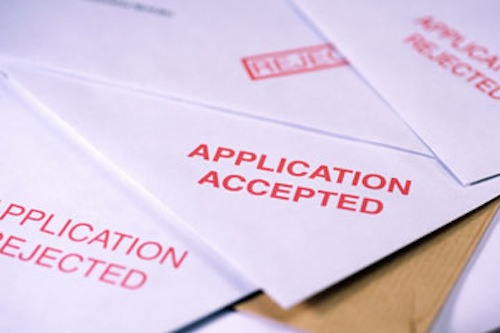 By now, nearly all universities have released their admissions decisions to prospective students across the nation, whether they be in the form of an acceptance, rejection, or waitlist. For some reason, these decisions tend to foment a wave of competition amongst students in school who try to find out where each of their friends (and enemies) are going.

Being a high school senior myself, I have walked through the halls countless times and have picked up on the juicy gossip of “_____ is going here” and “_____ got rejected” and “can you believe that _____ actually got in to that school?” After hearing all the chitchat and slander that wreaks through the school, it’s no wonder that some people are so reluctant to share their college decisions with others. Teenagers are ruthless, judgmental beings who will stretch the truth and downgrade others if they did not get into an “ideal” college based on their own academic standards. Although they may not explicitly criticize a certain person up front, they are internally judging him/her and babbling behind backs—trust me, I’ve heard it.

What’s irritating is the air of supremacy some people maintain for getting accepted into a “good” school and boasting about it on every social media site and acting as if they were just awarded the Nobel Peace Prize by the president. Although getting into college does warrant recognition and commendation, being humble about it is just as meritorious. It’s human nature to brag about personal achievements to boost your reputation, but there are also boundaries that should be considered when gloating in front of others.

For those who were waitlisted or did not get accepted to their ideal university, don’t make yourself feel as if you are inferior or an underachiever, but more importantly, don’t let others make you feel that way about yourself either. It’s harrowing to tell others about a rejection, even if you surround yourself with a trustworthy group of friends. Nobody likes to brag about getting deferred or denied, but it’s important to acknowledge that wherever you go, as long as you put in the effort, that rejection will be a miniscule thing in the long run.

It’s unfortunate that the news of college admissions fosters such malicious competition between students nowadays. Going to any college should merit recognition within itself, which is something that a lot of people seem to disregard if they did not get into their top choice university. Whichever school you choose to attend, just realize that you have the capacity to amount to success in the future if you go in with a positive, confident attitude.