How the new GOP taxplan effects your wallet 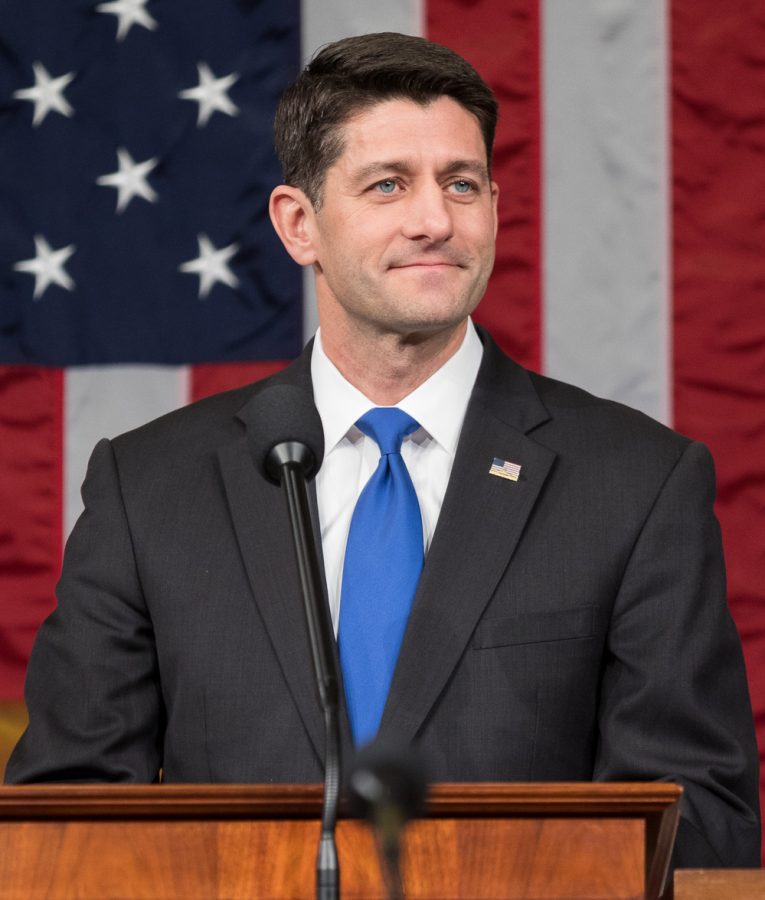 Paul Ryan, the man many consider to be the driving force behind tax reform. Courtesy of Creative Commons.

After failing to repeal the Affordable Care Act for a third time, Republican leadership has introduced the Tax Cuts and Jobs Act. Although the bill has been championed by conservatives as a way to further increase economic growth, congressional Democrats have rallied in opposition to the plan because of how it disproportionately raises taxes on blue state residents, working families and cuts the taxes for the wealthy according to the Tax Policy Center.

“It seems that President Trump and Republicans have designed their plan to be cheered in the country clubs and the corporate boardrooms,” said Minority leader Chuck Schumer (D-NY) in a press conference on Capitol Hill accordimg to Politico.

GOP lawmakers defended the bill as a way to make life easier for American taxpayers by reducing the amount of money they give to the federal government and making the ability to pay taxes much simpler. In addition, they predicted that the American economy would grow significantly thanks to expanded opportunities for businesses.

“It’s redesigned for simplicity, fairness and benefits,” Chairman of the House Ways and Means Committee Kevin Brady (R-Texas) said according to CNBC. “I predict, under this tax reform plan, America will evolve from 31st in the world among our competitors to the top 3 as the best places on the planet for the best new job, that next new manufacturing plant.”

One of the most controversial provisions of the bill is the partial or total elimination of the State and Local Tax Deductions (SALT), which allows taxpayers to deduct their the money they give state and city entities from their federal income taxes. Conflict has arisen because SALT is disproportionately used by high income blue state residents.

“The fact that for years this has been something we can write off and it saves us some money,” said Former President Ronald Reagan’s son Michael Reagan. “But that’s going to increase our taxes insurmountable and just a wrong way to go. And then to cap your loans on your homes at $500,000 of what you could write off. Both those issues are just punishment to blue states and a big yippee yi yo kayah to the reds.”

Republican lawmakers argue that the elimination of SALT and other deductions will help make their tax plan revenue neutral ensuring that it does not violate standards set by party leadership.

“It will have to be revenue neutral,” said Senate Majority Leader Mitch Mcconnell (R-KY) according to the Washington Times.

The bill’s fate hinges on the GOP’s ability to keep its house and Senate members in line, which keeps growing in difficulty thanks to the increasing debate over deductions such as mortgage deductions and SALT. Large states such as California, New York and New Jersey will be heavily affected by the change and it will be difficult for Republican leadership to keep their votes in favor of the bill.

“I’m worried about ordinary Americans, middle-income people that their real asset in life is their home and they have high property taxes,” said Congressman Tom MacArthur (R-NJ) accordng to the Huffington Post.

As it stands, Republicans expect the bill to go through congress and the amendment process. If the bill passes it is expected to be signed by president Trump who has lobbied for tax return recently. Public opinion about the bill has shifted against the effort, with just 25 percent polling in favor of the legislation according to Quinnipiac University. Although the reform effort remains broadly unpopular nationally, here at Rochester some members of the student body didn’t even know such an effort was under way. Asked if they would support such a bill students believed that it would be harmful to the deficit and other social programs.

“It all really depends on the bill’s content,” said Eliesse. “If it were to lower taxes without cutting social programs than the country is going to get hurt, although it will help some people in the short term we need a more balanced approach to taxes”.

Other students had a more favorable view and believe that cutting taxes will help speed up economic growth and create new jobs.

“I think it will help expand the economy in a balanced way by cutting taxes and and closing deductions,” said Vamsi Bidthanapally.

President Trump, a supporter of the bill, is expected to sign the bill if it passes through both Houses of Congress.

“I am proud of the Rep. House & Senate for working so hard on cutting taxes {& reform.} We’re getting close! Now, how about ending the unfair & highly unpopular Indiv Mandate in OCare & reducing taxes even further? Cut top rate to 35% w/all of the rest going to middle income cuts,” said President Trump in a tweet.