The evolution of Taylor Swift 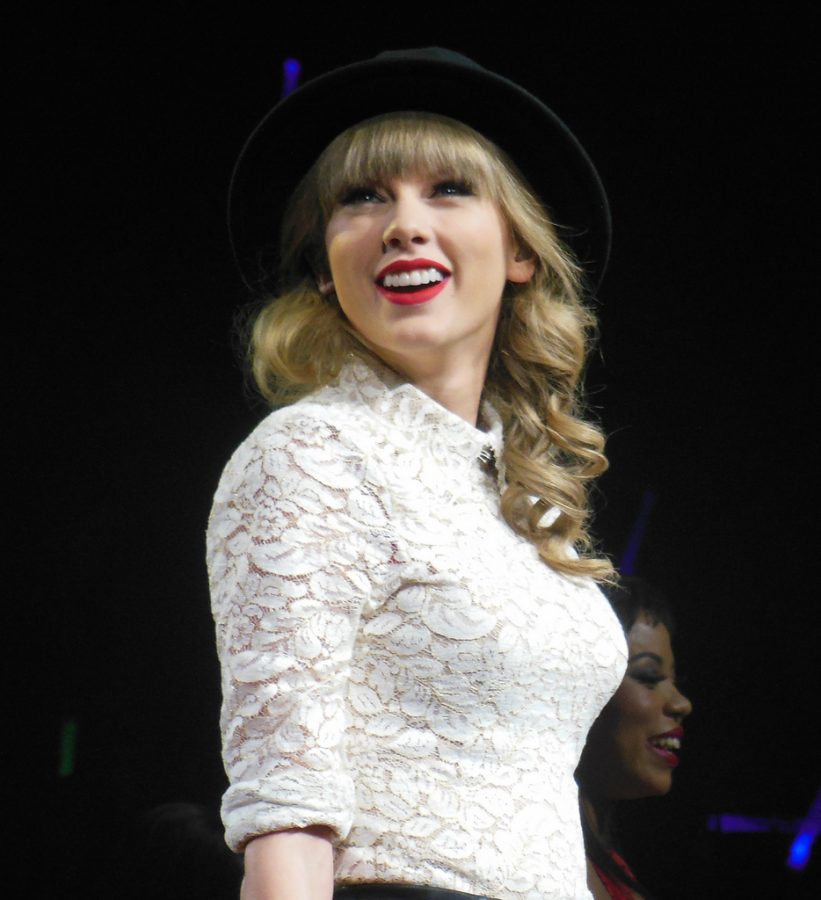 Taylor Swift smiles at her audience at a "Red" tour concert. Photo courtesy of Creative Commons.

The world’s introduction to Taylor Swift is as a Nashville teenager who believes in fairy tales. Her blonde curls and sparkly dresses paired with cowboy boots built the framework of her earliest looks, and songs like “Teardrops on My Guitar” and “Our Song” had us all singing along. This Taylor was filled with childlike joy at the dream come true of just entering the music scene, and her radiance showed in every area of her image.

Top songs: “Teardrops on My Guitar”, “Our Song”

This era brings a slightly more mature look at Taylor, as the glitter tones down and her soft curls paint her as sophisticated and approachable. She continues this narrative by portraying herself as an average teenager looking for love, such as in songs like “You Belong With Me”. Her almost princess feel in this era creates another version of the Taylor Swift the world has fallen in love with.

With the release of “Red” comes a still more sophisticated look at Swift, with her now-trademarked red lip and bangs on full display at concerts. She continues to grow into her public image, and explores a pop sound by releasing fun, danceable songs like “22” while staying true to her country roots through songs like “Stay Stay Stay”.

Top Songs: “I Knew You Were Trouble.”, “We Are Never Ever Getting Back Together”

Taylor cuts her hair and ditches the superstar vibe for the release of “1989″, both reclaiming her title as America’s Sweetheart through “Shake it Off” and maturing into her emotions while providing a safe space for fans to do the same through “Clean”. She reinvents her sound by going full pop on this album, exciting self-proclaimed “Swifties” while drawing in more fans of the genre.