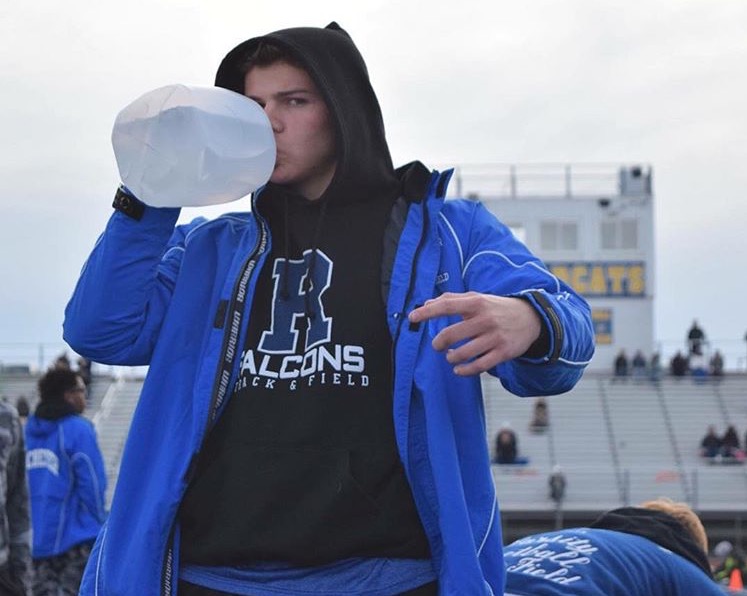 There is an increase in the simple, yet innovative shift to plastic one-gallon jugs carrying water for many students. However, none are as notorious as senior Parker Jones, who identifies himself as the original jug carrier.

“I just fill [the water jug] up in the morning, drink it during the day and make sure I finish it before practice,” Parker said. “I started junior year, initially for swimming, but it is helpful for all sports.”

The idea that it is easier to carry one bottle for the day rather than re-filling a smaller has resonated with other students, and athletes across the school made the change to the jug.

“I try to drink a gallon a day, so to have a jug that holds that amount is nice,” sophomore Adama Danpollo said. “I run track and if I don’t hydrate beforehand I feel dizzy and fatigued. It is not about the jug; it is about drinking enough water.”

Others had similar sentiments about the jug.

“The benefits for hydrating for a sport include avoiding cramps and staying energized,” junior Brandon Wright said. “It was nice for track, so I started in late March and shortly others started too.”

Wright attributes the jug trend to Jones, but said his decision to begin was not influenced by Parker.

“A few weeks after track season began, many sophomores and a few freshman started using the jug,” Wright said. “They look up to us so when we start a good habit, they want to start the same good habits.”

Jones explains the benefits of drinking a gallon of water each day.

“To perform better, I drink a lot of water,” Jones said. “I did it for athletics but it is beneficial for everyday life.”