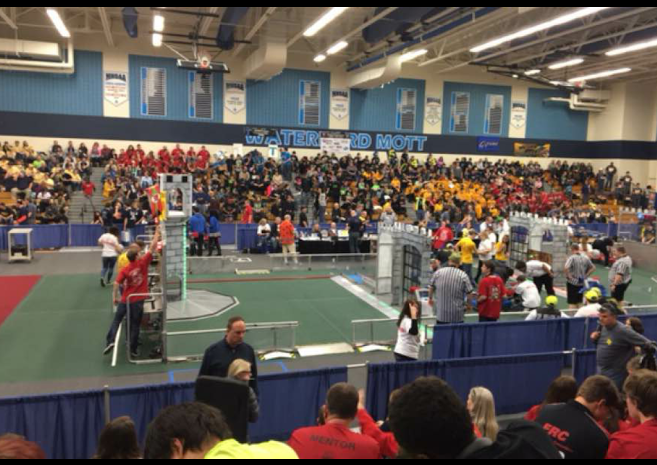 Different schools test to see who's robot can beat the course and win the competition in Waterford. Photo courtesy of Gita Kattimani

The robotics team (FEDS 201) recently participated in a competition in Waterford where they gained points needed to get into states, and much hard work was put into preparing for this and getting the robot exactly right for this and later competitions.

Although the amount of work being on this team takes creates stress for many, Kattimani explains how it’s all worth it in the end.

“Colleges like robotics because it shows commitment; especially if you do it all 4 years of highschool, it’ll look really good on your resume,” Kattimani said. “It’s really fun if you like engineering, as it gets you more experienced with that type of thing while providing a great, but stressful, time.”

The team was very successful in the competition and made it into semifinals, while having a great experience at the same time.

“My favorite part of competing is being able to see all the other teams different schools and their robots,” Kattimani said. “It’s also always fun just to watch the competition and be excited about it all with my team.”