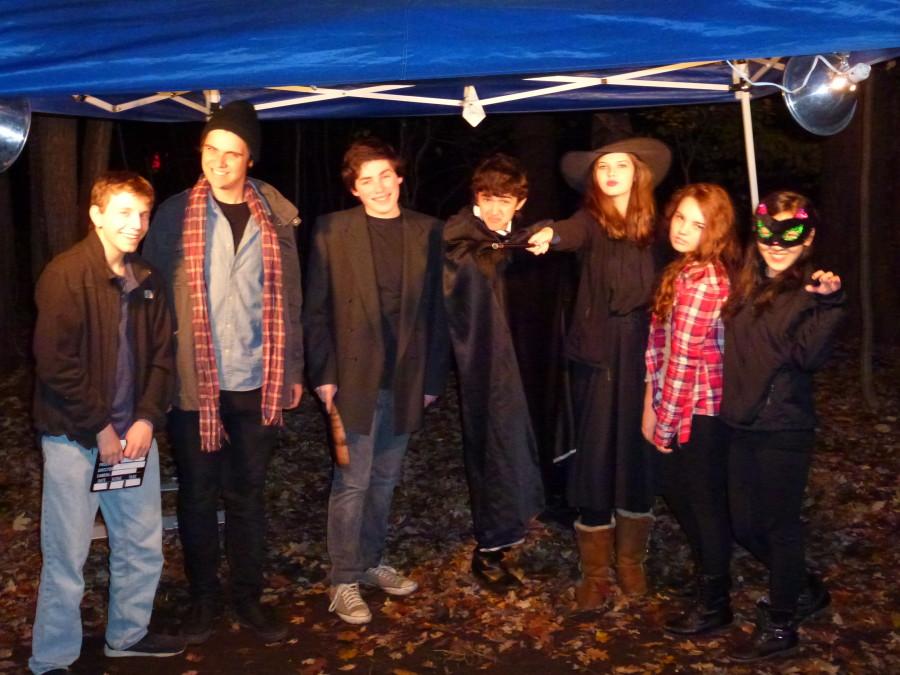 This past weekend, members of the RHS improv team and Theater Club joined together to perform a skit for kids and their parents at Dinosaur Hill’s annual Halloween Hoot. Theater director Mr. Frank Gollon, who has guided students in previous years for this event, is experienced when it comes to discerning the types of skits that intrigue both children and adults alike.

“Dinosaur Hill requests that the skits be geared toward young kids; they don’t want anything scary,” he said. “But we’ve always found that by incorporating something that entertains the kids and also gives the adults something to laugh at is really appreciated.”

This year, the team acted out a sketch that parodied the U.S. government shutdown in a kid-friendly manner, which involved the rise of the “candy ceiling” and the temporary cancellation of Halloween. Junior Jono Mammel admits that he was not quite sure how the act would pan out.

“[This skit] was one of those things where we had to make everything click,” he said. “Because we were doing such a heavily political show, it was a question of what would work with the kids and what wouldn’t work with them.”

The students performed the same skit roughly fifteen times in front of different crowds on opening night. Senior Jasmine Kim, who has taken part in this event since her freshman year, is knowledgeable of the changes that need to be done in order to make each performance unique every time.

“Because it was improv, every skit was a little bit different,” she said. “Sometimes we would switch up the jokes or do different movements.”

Mammel elaborates on the modifications that were made during each show.

When the event came to a conclusion, the students reveled in one last round of applause by the audience and departed for the night. Mr. Gollon stayed for each performance and was proud of the hard work the students committed to the show.

“They were able to adjust on the spot and find out what worked and what didn’t,” he said. “Overall I thought they did a really nice job.”