BRIEF: Gabe Collins hopes for the best in his last swim season 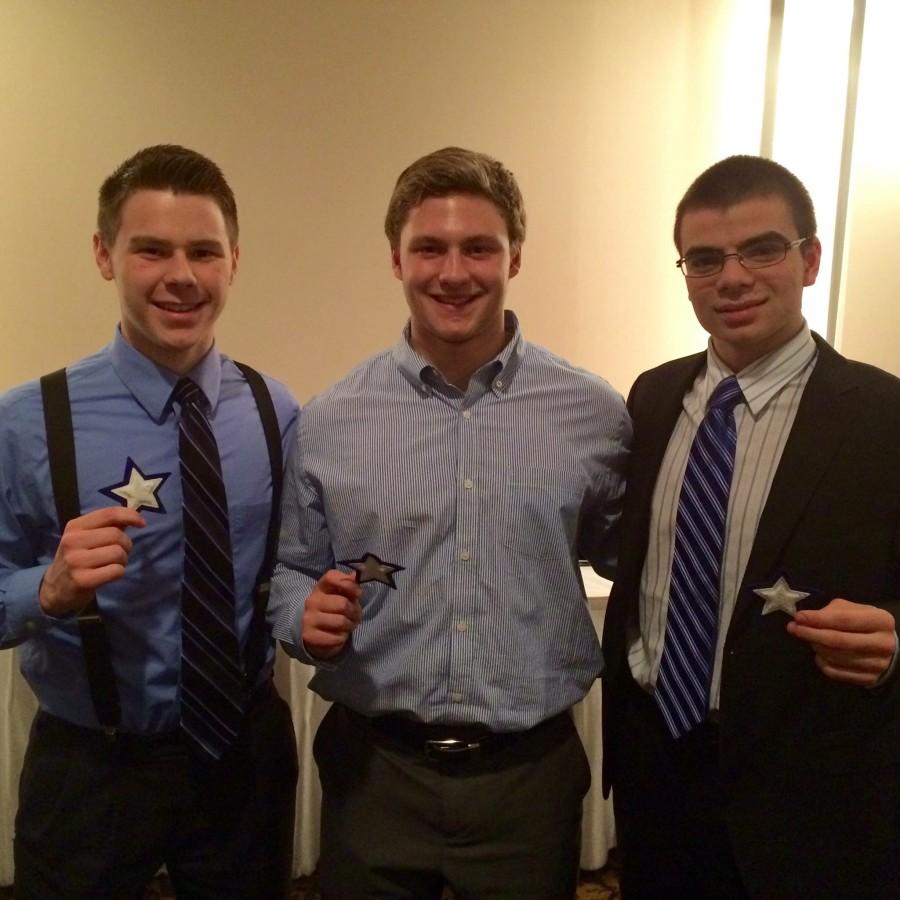 On Dec. 17 senior Gabe Collins will approach the pool in hopes to begin a successful senior swim season at his first meet. For Collins, this means from now on there will be consistent 5 a.m. practices including extraneous workout programs. Collins hopes all the hard work will land him and his team at the top.

“My personal goals this season are to break a minute in the 100 fly,” Collins said. “And also to take a relay team to states, and to go to states in the 100 breast.”

Collins specifically hopes to capitalize this year on the breaststroke events.

“My favorite event is the 100 breast,” Collins said. “I have been a breaststroker for all four years swimming in high school and I have developed a talent for it and it is awesome to see yourself get faster and faster each time you swim it.”

The difference between this season aside from past seasons is that Collins now has to focus on his leadership within the team.

“As a captain there is a lot of responsibility that is put on me and the other captains,” Collins said. “I have to handle spirit wear and team suits ordered, make sure the guys are not only at practice but in the water on time everyday and it is our job to make sure the guys are focused during workouts and not just fooling around when it’s time to be serious.”

Being a role model is also an important goal for Collins.

“We have to lead by example, meaning I have to be on time to everything and I have to act like a leader throughout the whole season in and out of the pool,” Collins said.

In addition to his responsibilities and his hopes to be a role model, he hopes that his leadership will bring the whole team together as one.

“When we are able to come together as a team it makes all the hard workouts, the miles we run, the 6,000-8,000 yard practices, the meets, the 5 a.m. practices, and everything else worth it,” Collins said. “It makes going through all this work worth it when you know you have 34 brothers supporting you the whole way.”