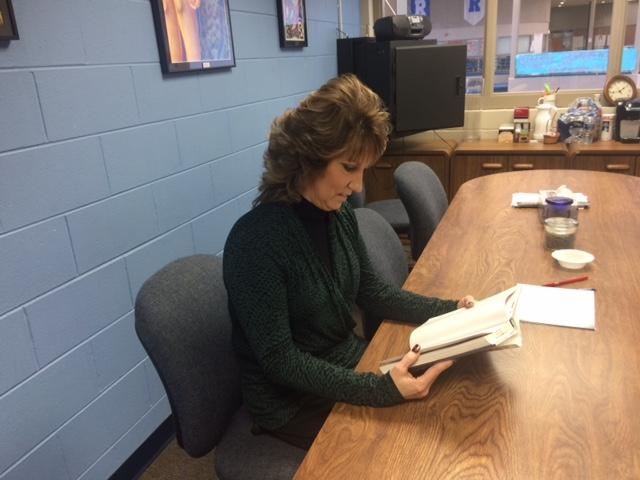 Some of RHS’s staff is involved in a book club created by Mrs. Julie Kuslits and Mrs. Julie Harris, their first meeting is on Nov. 11.

“We got started a little later this year because as teachers we’re very busy,” Mrs. Kuslits said. “We meet four to six times a year and the first part of our meeting is socializing, eating munchies and having something to drink while catching up. The second hour we talk about the book and we go around the circle so we all have a chance to talk about why we liked it and why we didn’t like it.”

This year the book club is reading Amy Poehler’s “Yes, Please,” which is a non-fiction memoire full of funny and personal stories from the SNL star’s life.

“We got away from fiction because we thought it was important to try something new,” Mrs. Kuslits said. “We chose something light this year by popular vote because we wanted to take on a book that wasn’t as heavy. People submit title suggestions to me either at the meeting or in an email and I gather all of them in a document with a review on amazon.com that I link in the email, and then they get to read about these books and eventually vote. Mrs. Harris set up a google document this year, where you could vote online and I tally them up and send a new email out to the club with what our selection is.”

The club relies on word of mouth instead of publicizing themselves for more members, because they figure many already know about it. They typically have up to 12 to 14 members; however, at any given meeting there might only be about 8 to 10.

“This is our third year,” Mrs. Kuslits said. “Mrs. Harris and I were on vacation up north about three summers ago and we mapped up the whole idea on paper. We came back and we brought it up to the staff.”

As for the future of the book club, Mrs. Kuslits and Mrs. Harris hope to continue it each year.

“It’s great because we have all have a chance to catch up while at the same time discuss our opinions about what we read,” Mrs. Kuslits said.