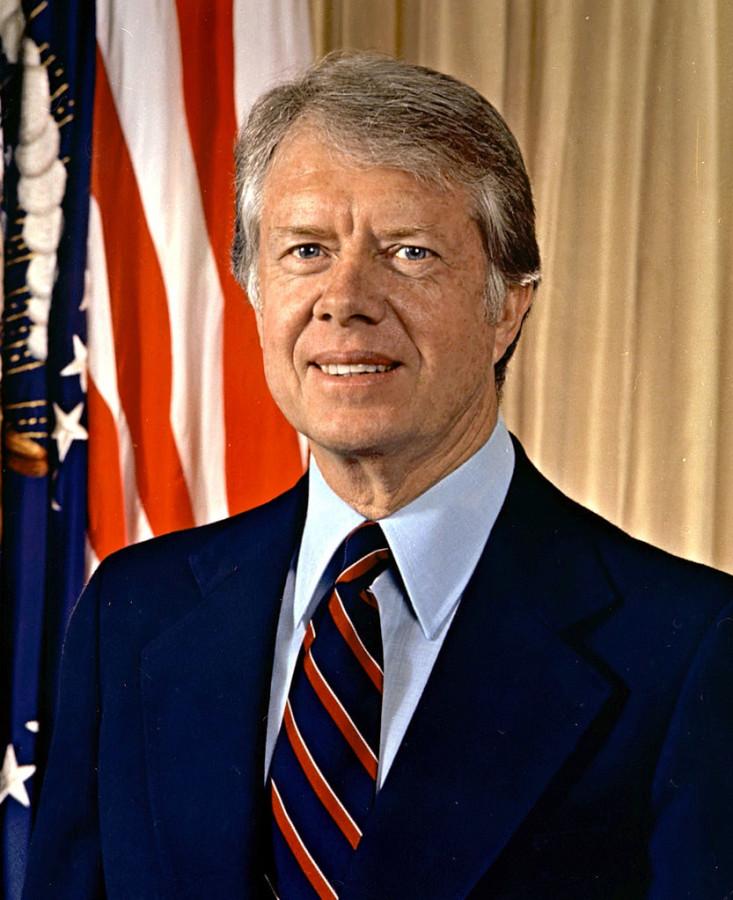 Portrait of Jimmy Carter while in office.

On Aug. 20, the 39th president announced that melanoma has spread in four parts of his brain at the age of 90. The press meeting in Atlanta turned somber as Jimmy Carter sat alone to explain his condition. However, Carter was not troubled; in fact, the former Georgia Senator was optimistic and maintained his sense of humor on the serious topic. Initially, he was convinced he was spending his last days on earth, but his new treatment method has made him hopeful to keep fighting.

The story of Carter’s journey to the oval office inspires junior Romir Sheth. In a relatively short period of time he transitioned from a modest living to being the leader of the free world.

“He was a poor peanut farmer at first,” Sheth said. “He then ran for a seat in the state Senate because he wanted to desegregate Georgia and won.”

Carter eventually became Governor of Georgia and from there was elected as president in 1976. He served one term before being replaced by Ronald Reagan in 1981.

“It’s unfortunate (news),” social studies teacher Mr. Chad Zwolinski said. “I think he was an impactful person, with what he did with human rights and home-building activities.”

Mr. Zwolinski explained Carter’s difficult presidency, describing the problems he faced and the outcome of them.

“He was handed a nasty deck of stagflation and the energy crisis, Asia taking over the car market,” Mr. Zwolinski said. “Things were not easy for him by any means, but really everything outside of his control impacted that time period.”

During the Georgian’s presidency, Carter dealt with the Iran Hostage Crisis, which included a failed rescue mission, as well as facing inflation at the time, leading to high unemployment rate and little economic growth. However, his post-presidency humanitarian work touched the lives of many.

“He was a great humanitarian,” Mr. Zwolinski said. “His Habitat for Humanity projects, the things he did, he showed people how to be human beings and that had a greater impact than anything he could do as president.”

Jimmy Carter’s life was full of defeats and victories, but his story and his efforts make it hard to not wish him a successful recovery.

“We can take away from his life that no matter how modest your roots are, you can do anything if you put your mind to it,” senior Katie Derkacz said.