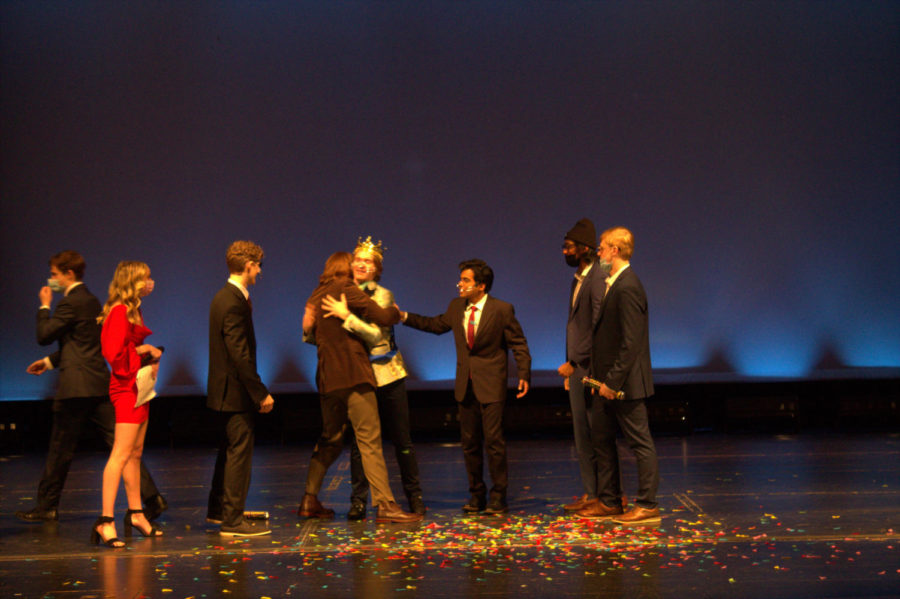 As the anticipation from the audience fills and the lights dim, the nerves and rush flows through the contestants veins. The curtains draw back as the names are announced and the spotlight is shown on them. The crowd cheering and yelling their names, it makes it hard not to crack a smile.

For senior Skyler Janiszewski, this was a big moment for him in his high school career. As the confetti cannon went off and the crown was placed on his head, he was overfilled with complete joy and was smiling ear to ear.

“It was very surreal because it was almost as if my mind was like, “okay, I don’t know what this feels like,”” said Janiszewski. “I almost felt as if I was recording it as it was happening. It didn’t really feel like it was real. Like no doubt, but it was so surreal that I was just kind of blank at that moment. I was like, whoa, this is actually happening! I felt a lot of wonder and amazement as this happened. I just never saw myself in that position, and it was an amazing moment.”

Along with experiencing that big moment, he also described how the feelings were backstage with the guys.

“It was more fun being backstage than for a show because I didn’t have to think in my head, what comes next? What comes next? It was a simple layout,” said Janiszewski. “And what made it more fun than that was the fact that there weren’t a bunch of people that were nervous. It was a bunch of people that were excited instead of nervous and you just fed off of each other. And we were really, it just kept growing and growing and growing. And then not to mention, I think the crowd played a big part of it as well because the crowd was the best crowd I’ve ever had in my life. They just helped to build that energy level even stronger every time and it just made the excitement grow even more. It was a wonderful, pleasurable experience backstage with these guys because they’re all awesome people. They’re all really cool that I’ve got similar interests to them, and I think they’re all really cool guys.”

After interviewing one of the judges, Mrs. D’Addario, she described her experience as a judge along with Skyler’s performance.

“The most unique part of the experience of being a judge was having to focus on specific areas of each contestant’s performances and having a front row seat to each one,” said  Mrs. D’Addario. “My favorite act was Skyler’s Michael Jackson dance! It was pretty spectacular to watch! His outfit, hat, and glove really completed the performance.”

Along with having a new judge in the competition, we also asked previous judge, Mrs. Kay for her thoughts on the performance.

“I have been to previous Mr. Rochester competed as an audience member and worked the ticket sales,” said Mrs. Kay. “Being a judge, I definitely felt more involved with the actual event and felt pressure to view this event more critically per the scoring categories than just an audience member. I also enjoyed getting a chance to see the behind the scenes of this event and observing so many of the hard-working students [and staff] that were involved in the making of this event. I had an absolute blast being part of the event.”

To many people, the Mr. Rochester Pageant is a very unique and special experience because most schools don’t do anything like this. 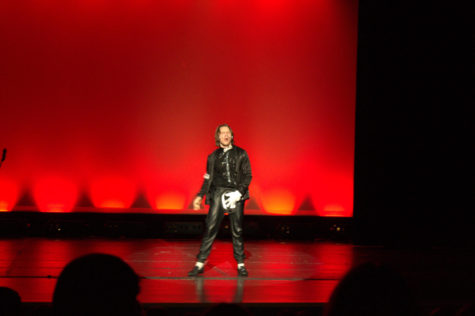 “The crowd was a huge part of that and just how responsive and how, like just how energy filled they were,” said Janiszewski. “But another big part of it that made it so awesome was that what made it so special was just how I felt. I could truly show this audience my heart. And I felt like I could be completely vulnerable in that sense and that I could be real. And I can also be comedic and I can be all. I felt like I could be a colorful person in front of this crowd and I did not feel the pressure. It didn’t feel as if I was being judged. I felt like this desire to just explode.”