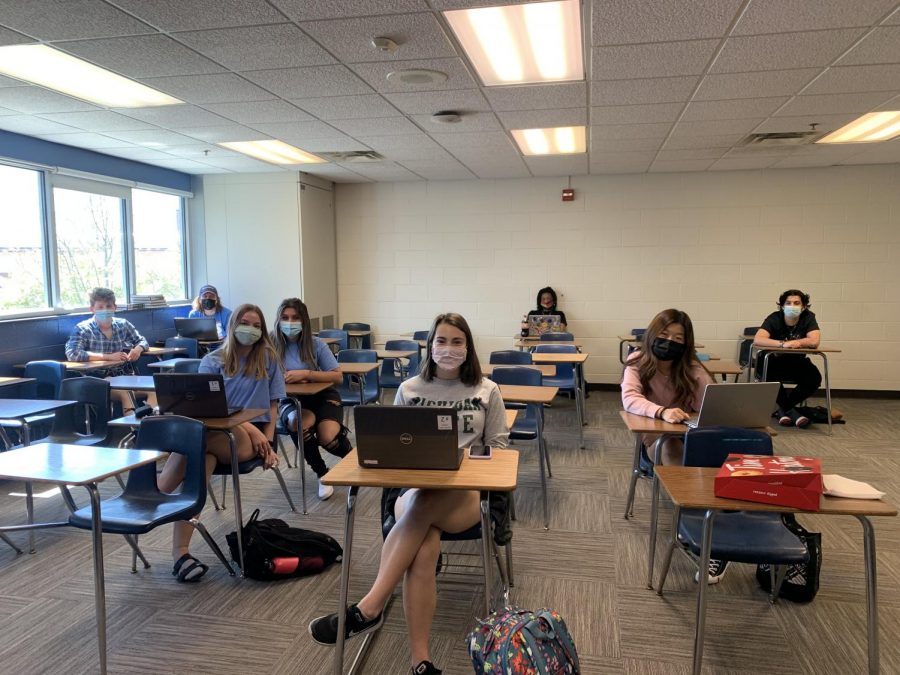 The Michigan Interscholastic Press Association (MIPA) annually conducts a contest in which publications and their writers, designers, and producers from all around the state submit work to be considered. Typically, an award ceremony is held at Michigan State University in the spring, but this year, it was broadcasted virtually due to the pandemic.
Several students from the Rochester High School newspaper, the Talon, received awards for their pieces.
In the news writing category, senior Mariam Hanna, a four-year Talon writer and this year’s Editor-in-chief, received second place for her news story “‘To Kill a Mockingbird’ has been removed from RCS curriculum.” She also received second place for her in-depth feature “Tiny humans’ big perspectives on remote learning.” In March, she wrote a feature column “I am a mosaic,” which got an honorable mention, as did her piece “Teaching in a pandemic: Unpacking educators’ exhaustion, growth, uncertainty, fulfillment.”
Also in this category, senior Collin Kilpatrick, a three-year Talon writer and this year’s Sports editor, received second place for his sports news story “College recruiting continues amid pandemic.” Additionally, he received second place for his sports column, “Thanksgiving football, a Detroit tradition.”
Furthermore, junior Holly McDonald, a three-year Talon writer and this year’s Feature editor, received an award in the news writing category. She won third place for her environment, health, or science piece titled “Has the pandemic changed students’ sleep schedules for the better or worse?”
Moreover, senior Alyssa Hart, a three-year Talon writer and this year’s Co. Editor-in-chief, received an honorable mention for her bylined opinion article “The hypocrisy of Black Friday,” which was written last November.
Conclusively, in the News Design and Infographics category, Hanna got an honorable mention for her story package published in the February 2020 issue, “Letter to my younger self.”
All of these articles can be read on the Talon’s website: rochestertalon.com