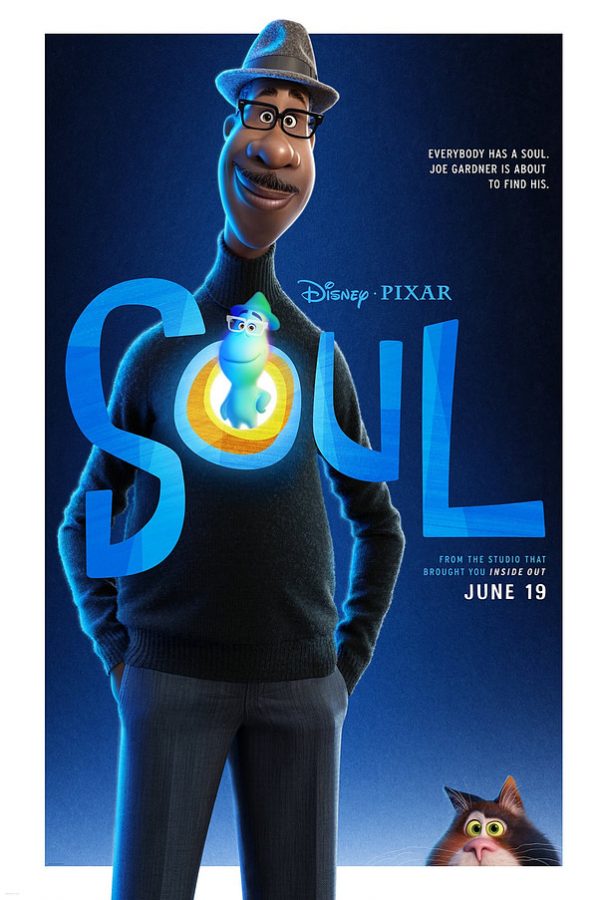 Image use protected under fair use.

Pixar’s latest blockbuster hit, “Soul”, surfaced highly acclaimed reviews in entertainment media, especially for its first ever black lead, Joe Gardner voiced by Jamie Foxx. The movie itself shows promise and value within the central plot: Joe Gardner who wants nothing more than his dreams to come true. He dreams of becoming a jazz musician from his reality of a solely teacher. His chances seemed crushed when his soul had left earth in the blink of an eye. Now he wanders with another, an unborn soul, voiced by Tina Fey, who has the ability to return to earth but chooses not to. Throughout the movie, it’s a race between themselves to figure out how to get Joe back to his world, to give him a second chance. The plot itself is simple, the design is great, but the movie as a whole seems like an excuse, a “here’s a movie with a person of color, enjoy¨ type of feel.

Joe Gardner has dreams, as many people do, and the film centers that as well as turning him into a soul and having him prance around with a white woman seen as an unborn soul. The demographic is targeted for the people of color, the black community, but as a whole it doesn’t feel that way. The depiction of the life of a black man, or a black person, in the beginning was great. The small moments such as the sequence in the barber shop personally made me feel seen differently than before, but as the movie progresses, it’s a tag along trip where the black male lead is foreshadowed by the white woman by his side. Joe Gardners’ character is merely pushed aside for a majority of the film, he’s there, but not quite there.

The introduction of Joe’s dream is established, he has a dream of becoming a jazz musician instead of being a teacher, he finally gets the big break he deserves and the moment everything is aligned perfectly, he dies, in a sense. That doesn’t strike a positive message in general, especially for its black lead to die so quickly after achieving their dreams. The message  invites doubt within viewers, as if chasing your dreams are pointless because you’ll never push through the obstacles. As the movie continues after Joe ¨dies¨, he’s no longer seen as a black person, but a colorful globe. Similar to the way in “Princess and the Frog” turned the black princess into a frog for a large part of her movie, Joe is no longer seen as the black man he was before, but a blob, a soul which in itself seems to defeat the purpose of creating the black male lead in the first place.

Next, it continues with the adventure between Joe and 22, Tina Fey’s unborn soul, where the perspective switches from Joe’s story to the unborn soul being the helpful hero. There’s instances where Joe is mistaken for another black man, a microaggression, where 22 dives into Joe’s body, insensitive as to why a white woman would jump into a black man’s body, and the near white savior trope from 22 in the end. The means for a warm heartfelt story are there, but it gets thrown out the window from these choices in directing.

The film itself had good intentions, in the end Joe gets a second chance and lives his dreams once more, and 22 has a better meaning of life. It’s an inspiration for everyone out there, the message is warm and empowering but the target is missed when the film decided to foreshadow their main black character for a side-swept white woman, when it introduced microaggressions, and when it tried to wrap it all up with a nice bow of heartfelt wholesomeness in the end. Soul is a surface film, it appeases the audience with its kindhearted messages but underneath, the movie serves nothing more than  as an excuse and presents problems as the “standard” for future movies alike.