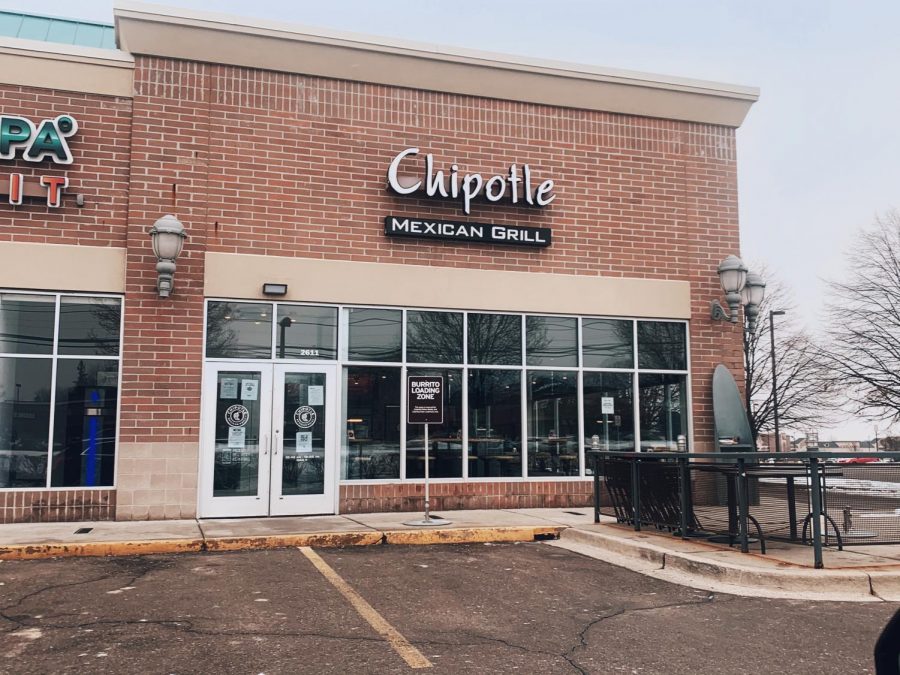 Rochester High held one of their many fundraising events at Chipotle, a Tex-Mex restaurant. This untimely moment during this year has underwhelmed a plethora of people, but RHS’ National English Honors Society sought to bring some light to these times by hosting a fundraiser for their teachers for supplies.

National English Honors Society have offered their time and effort to raise funds for the teachers, in hope of preventing them from spending their own money for school supplies.

In addition to hosting the event, the officers of the National Honors Society and of other clubs who partner with them had high hopes for this event and its turnout. Due to its success, they hope of hosting another event in the future for their school as well as teachers and students.

President of the National English Honors Society senior Mariam Hanna, as well as other officers Megan Loren, Megan Baker, and Megan Kabel, organized a teachers wishlist drive, asking specifically English teachers what supplies they would like to acquire for the school year. In high demand, the response was to books.

Senior Mariam Hanna, the president of the National English Honors Society and a student of Rochester High, said:
¨[We] thought it would be a nice idea to have a teacher wishlist drive where we get things like books and other materials for teachers in the district. I emailed a bunch of teachers and received many responsesA lot of the responses were books because many of the teachers were English teachers and books are relatively expensive, so we wanted to raise some money to be able to purchase books for those classrooms.”

In choosing a restaurant for the fundraiser, Chipotle was the best fit. Chipotle provides a large number of its donations through these types of fundraisers, with a 33 percent exchange while other organizations do not with 25 percent being the most for most.
The group took part in spreading the word through other Rochester High clubs and groups such as Key Club and National Social Studies Honors Society. The outcome of the event was overwhelming over 150 students participated.

¨I heard crazy, crazy things about it,” Hanna said. “I wasn’t able to go because I had work, but I know people were waiting an hour or two hours and they could not even select a pick-up time that was within the next hour and a half because of how many orders there were.”

NEHS was able to raised over $430 from this fundraiser, and all that money is going towards purchasing book for RCS classrooms. They also collected book donations for this cause.

As the turnout was exceptional, this is not the last of these events. The National English Honors Society hopes in the future to do more fundraisers for Rochester High, though it has to be through other organizations other than chipotle. Chipotle has a policy where their assistance in fundraisers is only one person group with the next 3-6 months, may it be there is hope to do this event again with other organizations as well as accepting donations to help their educators as much as they can.

The result of NEHS’ steps to making a change within the Rochester High community to assist and provide an amount, no matter how small, for their educators was a step well received as they funds were put forward for school supplies. Educators are always spending their own money for enrichment material for their classrooms, and they found a way to help. The fundraiser was a success and a helpful way to show school spirit within the Rochester High community. Go Falcons!