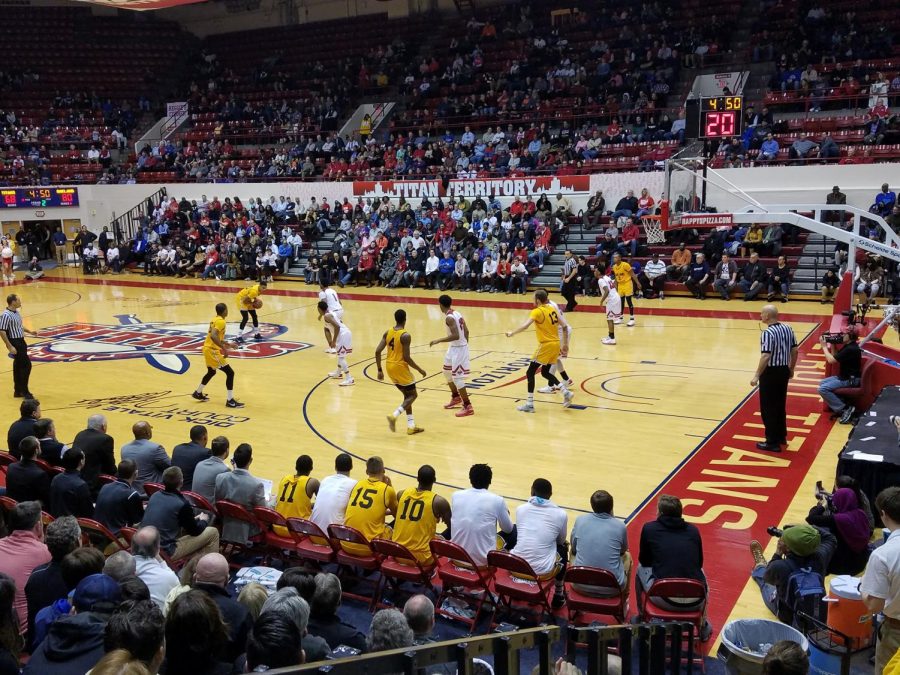 On Nov. 29, people gathered around their TVs, shocked to see Oakland University’s basketball team going into halftime with a 2-point lead over the University of Michigan. The wolverines managed to pull ahead, winning 81-71 during overtime, barely beating the team that they hadn’t faced in nearly a decade.

As a result of the effects of COVID-19, many restrictions have been set in place to protect players alongside the abundance of hesitance and controversy regarding the continuance of NCAA basketball. Attempting to minimize travel and still get in as many games as possible, many universities have been scheduling more games against local schools. This has provided an opportunity for many smaller schools to step up and play larger schools in or near their area that they wouldn’t typically have a chance to play. Many of these teams, underestimated, have taken full advantage of these opportunities to show their larger opponents and audience exactly what it is that they’re capable of.

“What’s happening in our sport right now is unpredictability all over the board. It’s not like someone is intentionally putting someone in harm’s way, we are all trying to do what’s safest,” Florida State coach Leonard Hamilton told USA TODAY Sports.

Another example of a Big Ten matchup versus a smaller, local school, the University of Detroit Mercy took on Michigan State University on Dec. 4 for the first time since 2001. Michigan State narrowly avoided an upset by the Titans, winning 83-76 in a tight game.

“Our guys fought really hard,” Detroit coach Mike Davis said in an interview with ESPN. “We just ran out of bodies.”

Oakland University also faced Purdue University for the first time since 2010. Purdue received an early lead in the game and didn’t let up, heading into halftime with a 49-27 lead and eventually winning 93-50. Although falling short with a big loss against Purdue, Oakland followed up with another close loss (109-91) against their third Big Ten opponent of the season, Michigan State.

Regardless of who came out on top, this pandemic has certainly provided opportunities for smaller schools to prove what they’re got. Win or lose, these universities have undoubtedly stepped up to the plate and proved what they’re capable of. Fans can only hope that we’ll continue to see these matchups again in the future, regardless of safety regulations.