Cross country team hopes to qualify for States after Regionals on Oct. 25 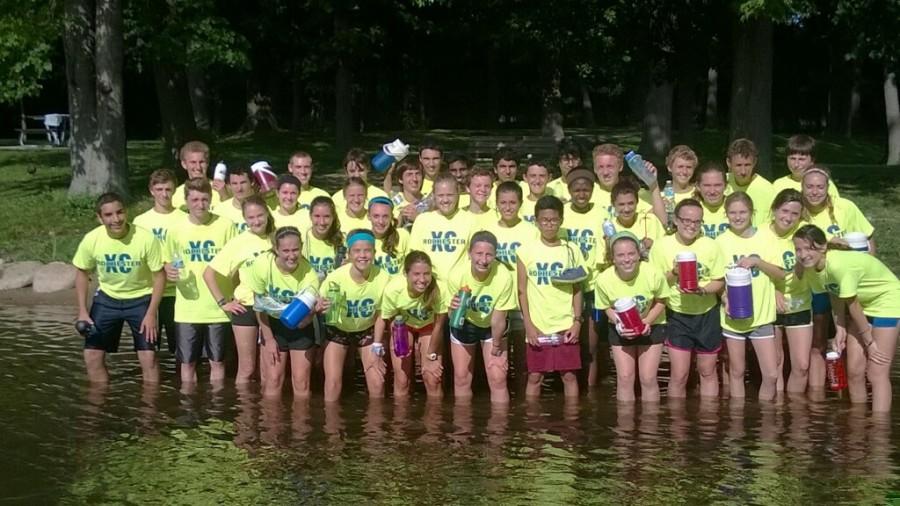 The XC team cools off in the Clinton river after a hard workout.

The varsity cross country boys and girls team will race Oct. 25 in the Regional meet at Goodells County Park as the qualifier for the 2014 state finals.

“Our team is so young, that a lot of them don’t have racing experience [in larger, more strategic races],” Coach Larry Adams said. “So a big challenge is finding race plans that will help them be aggressive.”

On the girl’s side, the varsity team of seven consists of seven underclassmen and one senior. The boys have the same issue, but they have three upperclassmen. Due to the young girls on the team, workouts must be modified in such a way that the girls do not get injured or peak (having your best race, or your fastest race) before regionals.

“Based on the performance over the next two weeks, we will decide as a coaching staff if we will focus on the team aspect or our top individuals,” Coach Adams said.

Making the decision to focus on a single person or the team is a hard choice, but it is an important choice that must be made in order to have the best outcome on race day.

Qualifying for the state meet requires meeting one of three standards: team placement in the top three, top 15 individuals, or the fourth team if four or more runners are in the top 20. The Regional the Team will compete in have a total of 15 schools vying for a chance to compete in the State Finals that are held at the Michigan International Speedway in Brooklyn, Mich.

“The goal is to get as many kids to qualify for the state meet as possible,” Coach Adams said. “Looking ahead, racing at states and post-season events such as Nike Cross Regionals and Footlocker also play a role in our long-term vision.”