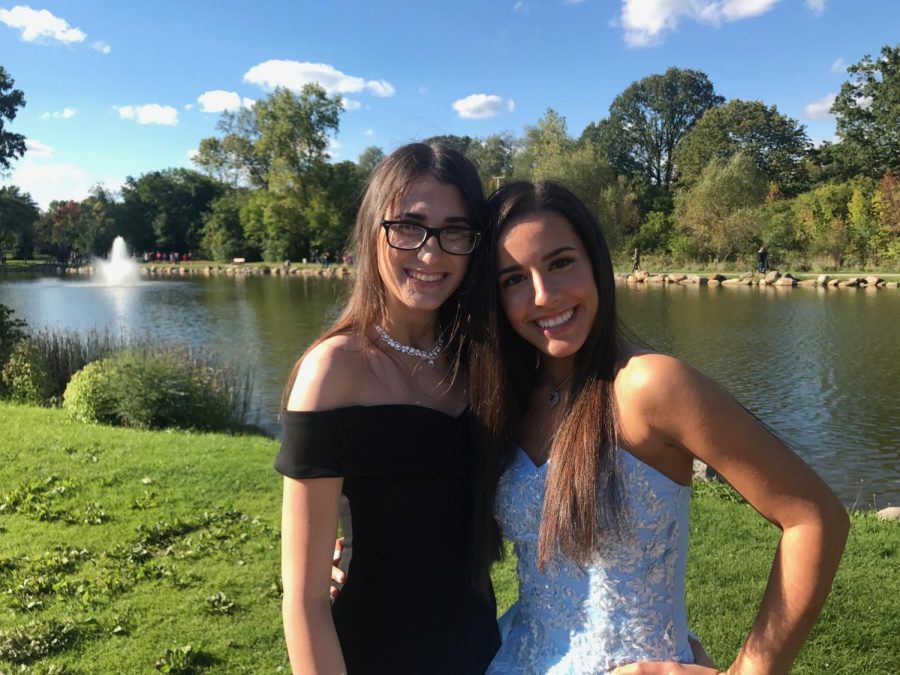 It’s been four years, and my high school career is finally coming to an end. Looking back at my time at RHS, I realized how much I’ve changed in such a short amount of time. I’ve learned so much about myself and about life itself. I will always remember the lessons I’ve learned and I will never forget how they impacted me and my life.

Going into high school, I had no idea what to expect. Was it going to end up like “High School Musical”? Was I going to fall in love with a boy and get married by the time we graduated? Was I going to end up figuring out what I wanted to do with my life before the years ended? The answer to all of these turned out to be no– high school wasn’t like the books, it was nothing like the movies, and back then, I didn’t know that some of the best and worst years of my life were right in front of me.

Four years. I walked into the building one September morning, a nervous shaky freshman that had no idea what the future would hold. My first year was easy. It wasn’t necessarily the most enjoyable year that I’ve had, and it was definitely full of a bunch of fourteen year old drama that I tried my best to stay out of, and cringey relationships that I tried to ignore. Freshman issues and drama were a waste of time. It was nothing but a bunch of kids trying to find anything to spread around, things that would keep them included in everyone else’s conversations. None of it mattered long after, and I knew that once school ended, nobody would remember these insignificant moments, as they didn’t matter.

Three years. My sophomore and junior year were not smooth sailing, they were like a small sailboat stuck in the ocean with a hurricane. I felt like graduation was never going to come. Time was ticking slowly and I was a complete mess during the entire time. I was dealing with my own personal problems, and school only added to the stress and pain I had. But these middle child years were the main thing that helped me grow into a better person. I went through a lot of hard times that I’m able to look back on now and learn from.

Two years. I remember seeing memes of kids going into high school with a big group of friends, and by the time they graduate, they’re only left with a few. This ended up being the most accurate  thing I have ever seen. I went into freshman year with a lot of friends, but as we all grew up, I slowly acknowledged that so many of them weren’t genuine, and they didn’t care about me as much as I had thought. It was a hard thing to accept, that people you would do anything for just end up using you and blaming you for all of their problems, but it’s something that so many people will end up going through at some point. Don’t let fake friends take you away from having a good time and enjoying yourself. I am so thankful that I was able to realize this sad fact, and that I was able get rid of these toxic people from my life. Now that it’s my time to leave, I have the best, most sincere group of friends I could ever ask for.

One year. Even though school had its ups and downs, I’m going to miss it. I’ll never forget the many football games, dances and movie nights that I went to, and all of the spirit weeks we held. Senior year was a breeze. People always say, “save the best for last,” and that’s exactly what happened. It was the best year I’ve ever had in school, and I can’t believe it’s almost over. I get to sit here and listen to announcements about prom, and about seniors’ last day, and I suddenly remember that I’m not an underclassman anymore. These events and announcements finally apply to me now. Waiting for it was worth it.

So no, high school wasn’t like the books, and  it was nothing like the movies, but I will always hold these years close to my heart. Leaving is bittersweet. Years ago I would say that I was dying to get out of here, but as my days here are numbered, I’m  sad to go. I’ve made my closest friends, made my best memories, and learned so much about myself in this school. High school taught me so much, and I will never take any of it for granted. I will never forget these past four years.