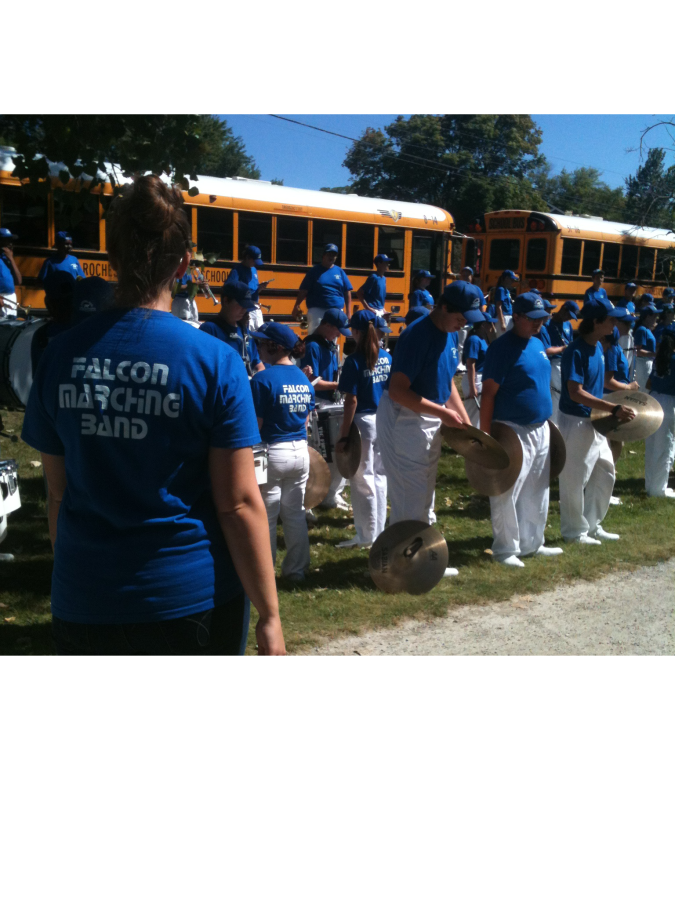 This past weekend, the RHS Falcon Marching Band marched and performed at the Arts and Apples festival in downtown Rochester by the Rochester Municipal Park. The band, led by band director Mr. Geoff Brouhard, performed their halftime show and some of their favorite songs.

“We did a great all-around job last Sunday,” Mr. Brouhard said. “We have some things to work on but we made great strides and did well.”

The band will continue their usual yearly tradition and perform in the morning on Friday to get the fans pumped up for their first home game against Clarkston.

“The game should be really fun,” Mr. Brouhard said. “I can’t wait to be a part of the fans at the football game and root on our football team.”

Although former band director Mr. Tim Nadeau has been on a maternity leave since the beginning of the school year, according to Mr. Brouhard, he is adjusting well to his new position.

“I understand the students miss him,” Mr. Brouhard said. “I’m doing my best to fill in for him as long as it needs to be.”