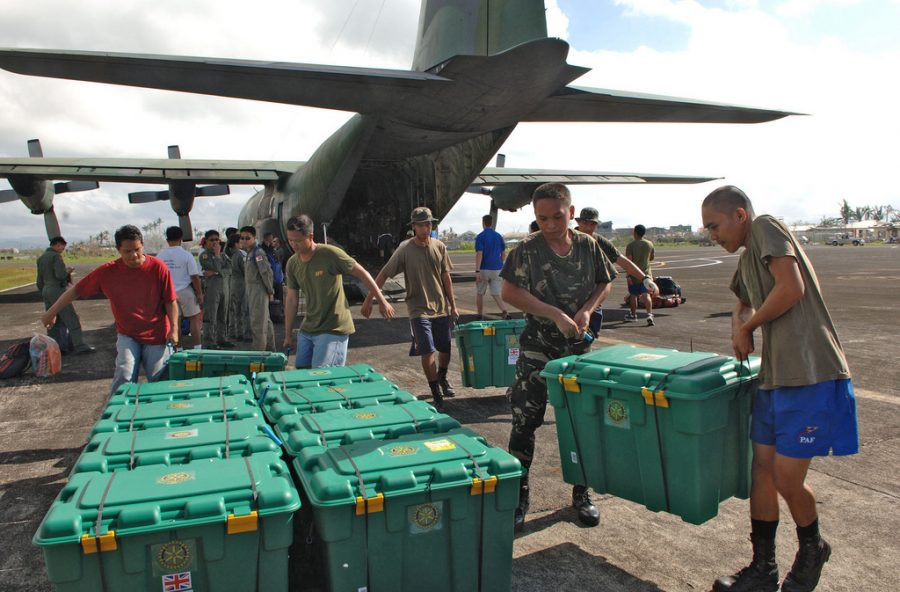 ShelterBox provides relief to those who have been hit with a natural disaster. Photo Courtesy: Creative Commons

Charity week at RHS offered students many opportunities to have fun and participate in activities while raising money for charity. This year, all the money raised from charity week will go to ShelterBox.

This is an organization that helps provide the basic needs to those who have recently been hit with a natural disaster, such as hurricanes and earthquakes. In one of these disaster relief boxes, one may find items such as tents, cooking sets, blankets, water purifiers, mosquito nets and so much more.

ShelterBox is a growing charity that has helped impact the lives of many in recent years. The company was founded in 2000 and has only been growing since. In the year of 2018, they helped support 210,000 people which is 40,000 families. Since the founding of the company, they have helped provide shelter to over a million people

In the Philippines alone, the company has provided to 21,500 families with more than 15,000 shelter items. Within the 25 times visited, there were 18 cyclones, 2 floods, 2 conflicts and one earthquake.

Every donation counts for ShelterBox. 85 percent of each donation goes directly to funding a disaster relief box, and 15 percent goes to spreading awareness of the charity, along with administration costs.

Students who wished to help donate were able to participate in the events held during charity week. Some of these events included the Tri-High Dodgeball tournament on March 5, the Breakfast Blitz on March 5 and 7, and Charity Ball on March 8.