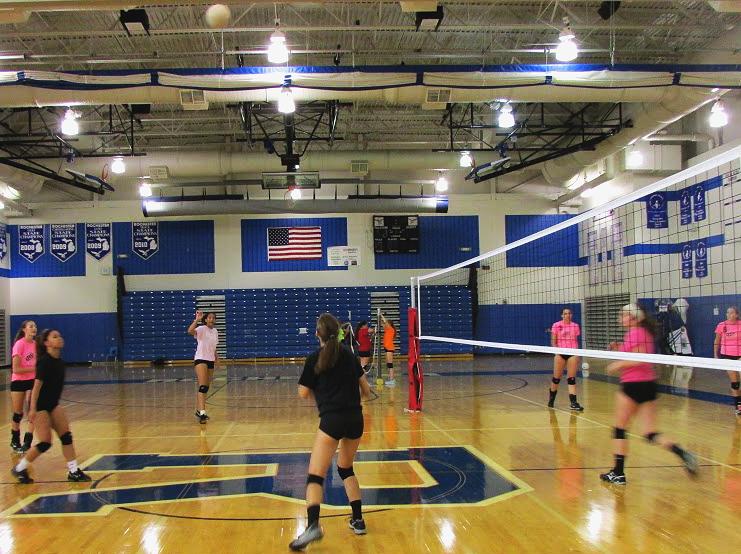 The team performs a drill.

This fall the RHS girls volleyball team will kick off another season in the Oakland Activities Association.  Losing eight seniors from the previous year makes this squad a young and inexperienced team.

“It will be a tough transition,” senior captain Kelsey Lilley said.

Senior Cara Giles agrees that more needs to be done.

“Communication needs to be improved,” Giles said. “The team also needs to get to know each other on a deeper level.”

Regarding who will be the main competition this season, there was a consensus among the team.

“Stoney, no doubt it will be Stoney,” Giles said. “They have gotten better over the past few seasons, and are on their way to being the best team.”

Even with losing experienced leaders, the team still has a positive outlook on the season.